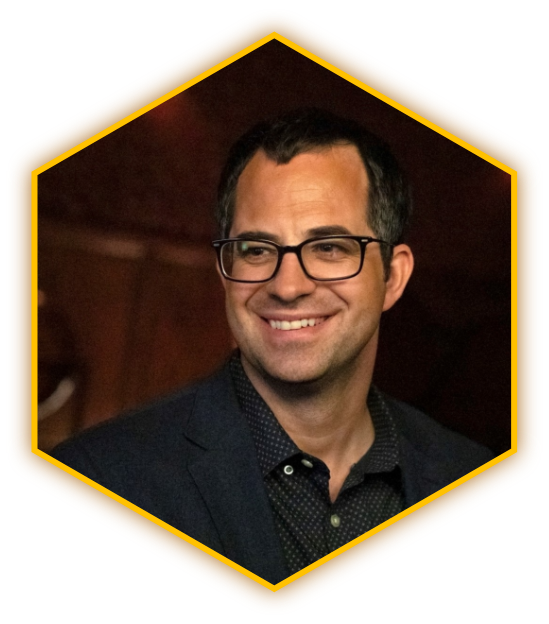 An Associate Professor of Psychology and Neural Science at New York University, with an affiliation at the Stern School of Business, Jay Van Bavel examines the psychology of topics such as implicit bias, group identity, team performance, decision-making, and public health. In his new book The Power of Us (co-written with Dominic J. Packer), he dives deeper into the science of identity. This page-turning exploration reveals how our sense of self—our feelings, beliefs, and behaviors—is derived from our social groups, challenging society’s dominant assumptions about power and influence. Understanding these topics and dynamics will give you the necessary tools to build smarter, more collaborative groups and teams.

In an age where public life is characterized by ideological battles and impossible conflicts, Jay offers a timely diagnosis for the dissonance ailing our world, as well as a path forward towards collaboration, unity, and success. It is just as applicable for CEOs and leaders making sense of the hybrid workplace, as it is for politicians and government organizations tackling the spread of misinformation online. Charles Duhigg, bestselling author of The Power of Habit, writes, “If you’ve ever struggled to understand why people join cults or mindlessly conform — or, have wondered how to build great teams and influence better choices, this is the book you need.” As brilliant as it is entertaining, The Power of Us offers a revolutionary lens for seeing and understanding ourselves and each other.

Jay was the recipient of the Golden Dozen Teaching Award at NYU, and has won several accolades for his research on how collective concerns shape the brain and behavior. His award-winning research has appeared in The Harvard Business Review, The New York Times, Wall Street Journal, and Scientific American, and has been cited in both the U.S. Supreme Court and Senate. He has presented his work for conferences such as TEDx and the World Science Festival; for Fortune 500 organizations such as Uber and Amazon; and for the leading Psychology Departments and Business Schools around the country, including Harvard, Columbia, and Yale. To date, he has published over 100 academic papers, writes a mentoring column for Science Magazine, and has appeared on international media such as NBC News, NPR, and Bloomberg News. Jay completed his PhD at the University of Toronto.

The Power of Us: Harnessing Our Shared Identities to Improve Performance, Increase Cooperation, and Promote Social Harmony

While we may have come to think of our identities as stable and coming from within; the reality is, they are constantly changing and powerfully influenced by our membership within different groups. In his revolutionary new book, The Power of Us, Jay Van Bavel explores how identity is shaped and reshaped by the social worlds we are a part of, and what this means for our potential for collaboration, our performance, and social harmony at large. Groups are central to how people define themselves, and they can have profound effects on our thoughts, feelings, and behaviors.

Whether you’re interested in the rise of social media and how its contributed to social conflict; you’re a leader hoping to use identity principles to inspire and motivate your team; or you’re interested in how humanity can confront global challenges like inequality or climate change, there’s something in his groundbreaking book for everyone.

This stimulating, enlightening talk, Jay will show us how to apply his cutting-edge findings in social psychology and cognitive neuroscience in the real world, including how shared identity can help us tackle our biggest problems with more unity, cohesion, and effective collaboration.